McConnell AFB is a United States Air Force Base located in Wichita, the most populous city in Kansas. The host unit at McConnell AFB is the Air Mobility Command’s 22d Air Refueling Wing, and the base is also home to the Air Force Reserve Command’s 931st Air Refueling Group, and the Kansas Air National Guard’s 184th Intelligence Wing. McConnell AFB was named after Fred and Thomas McConnell, both Air Force Pilots and World War II veterans. The primary mission of this base is to provide air refueling and airlift on a global level. 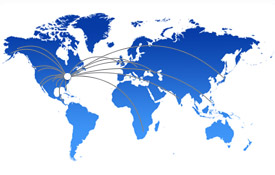